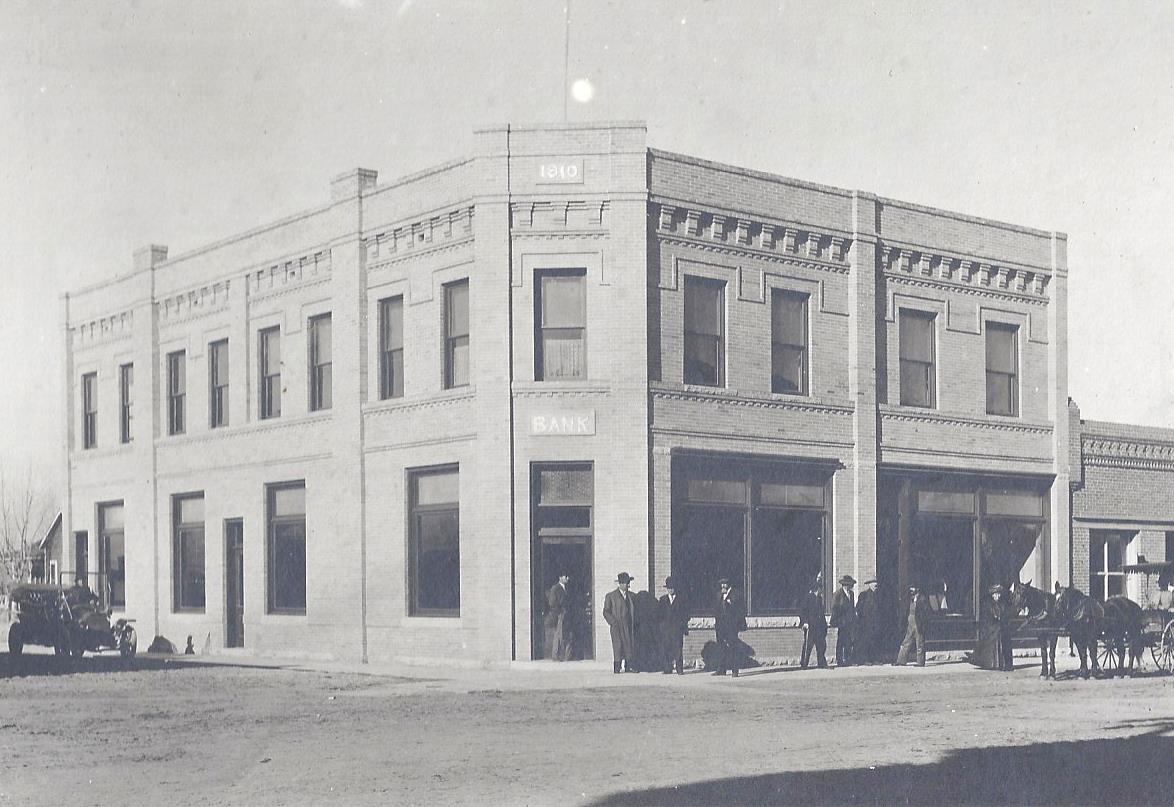 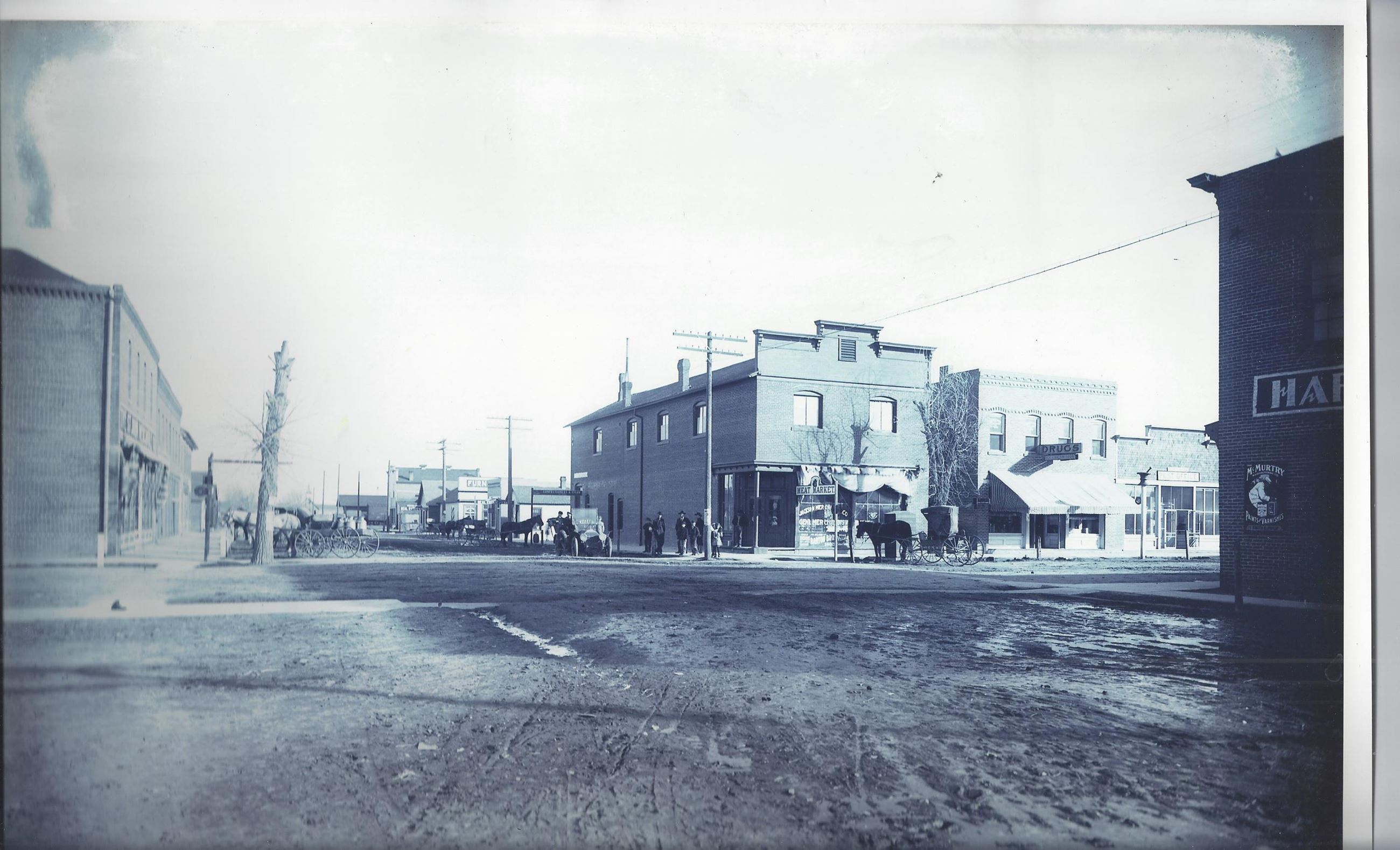 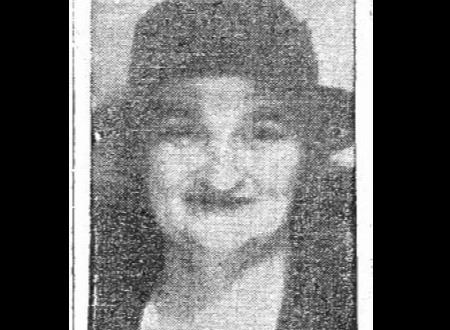 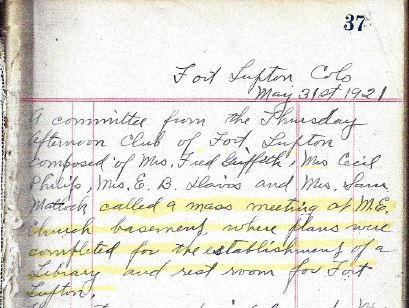 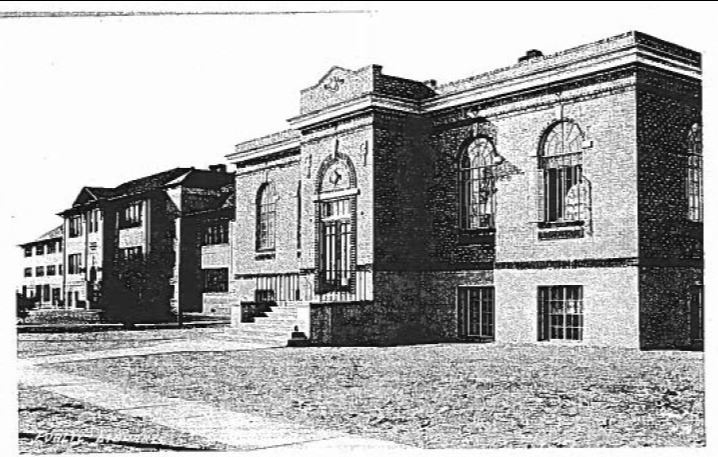 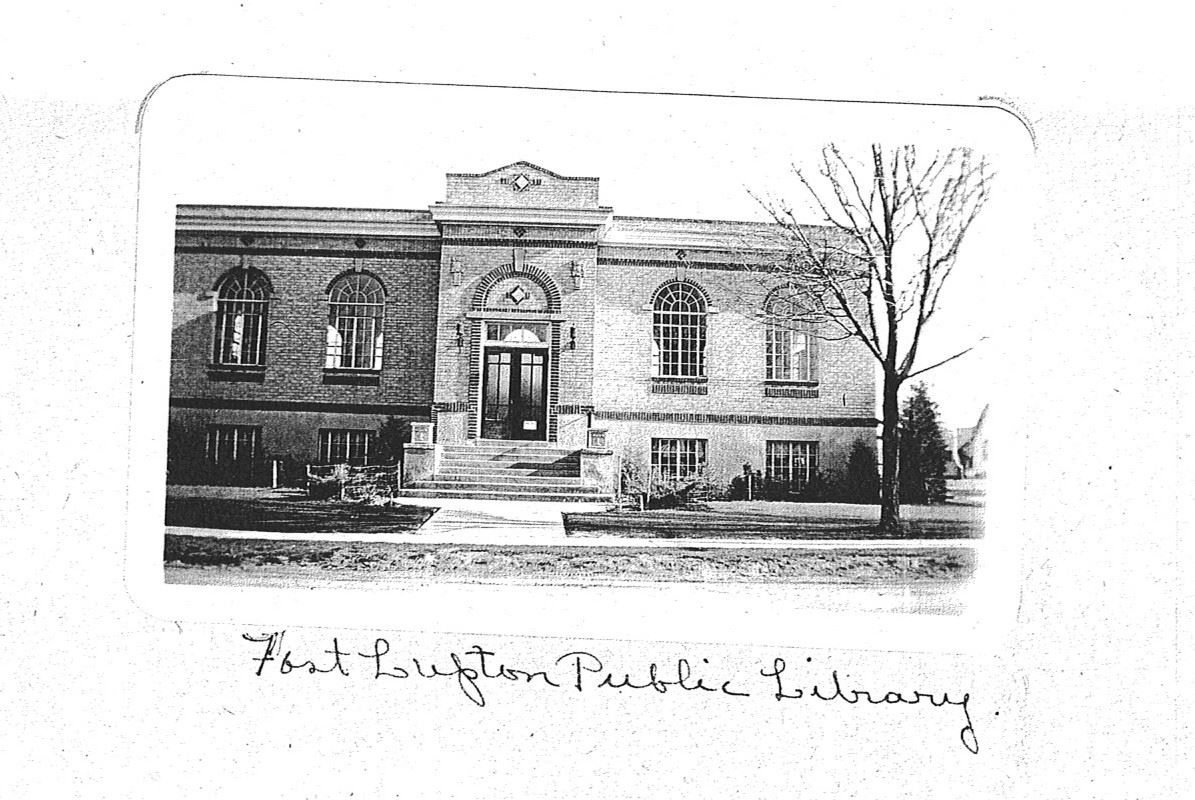 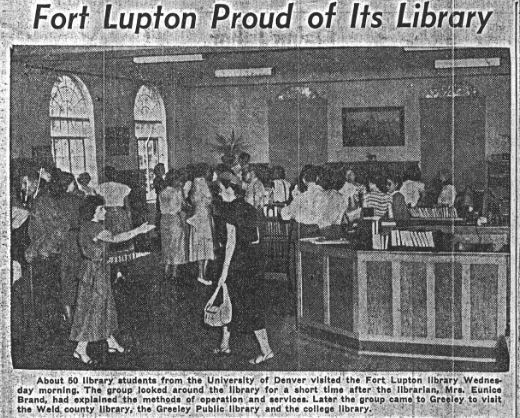 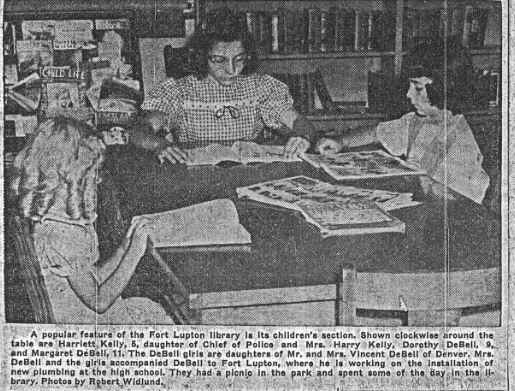 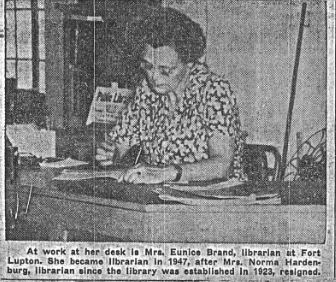 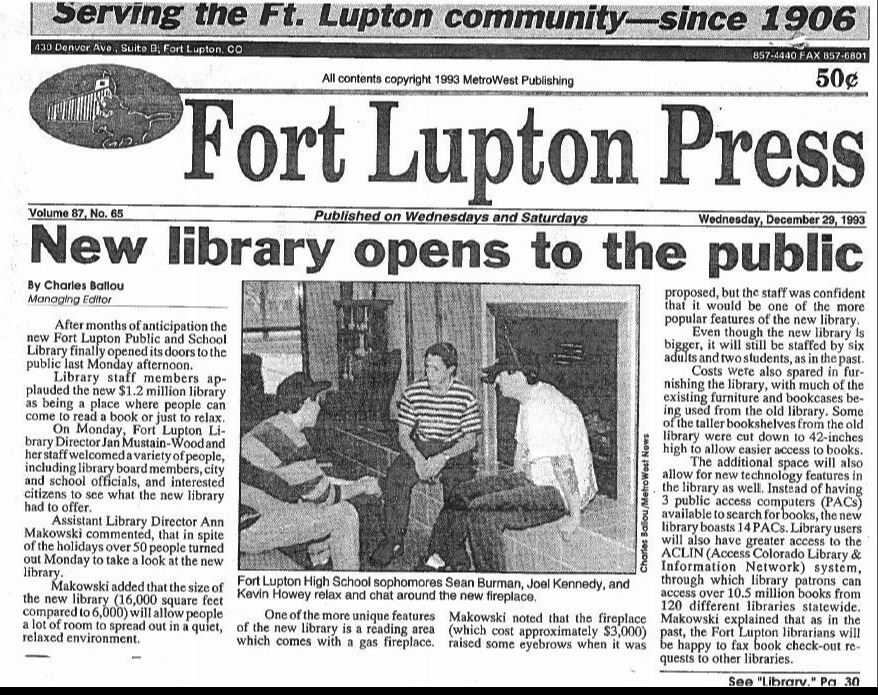 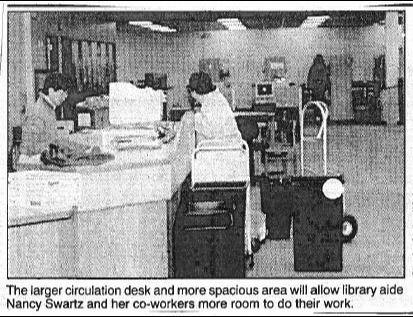 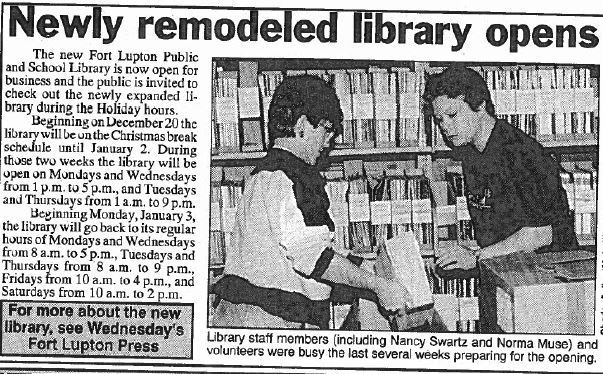 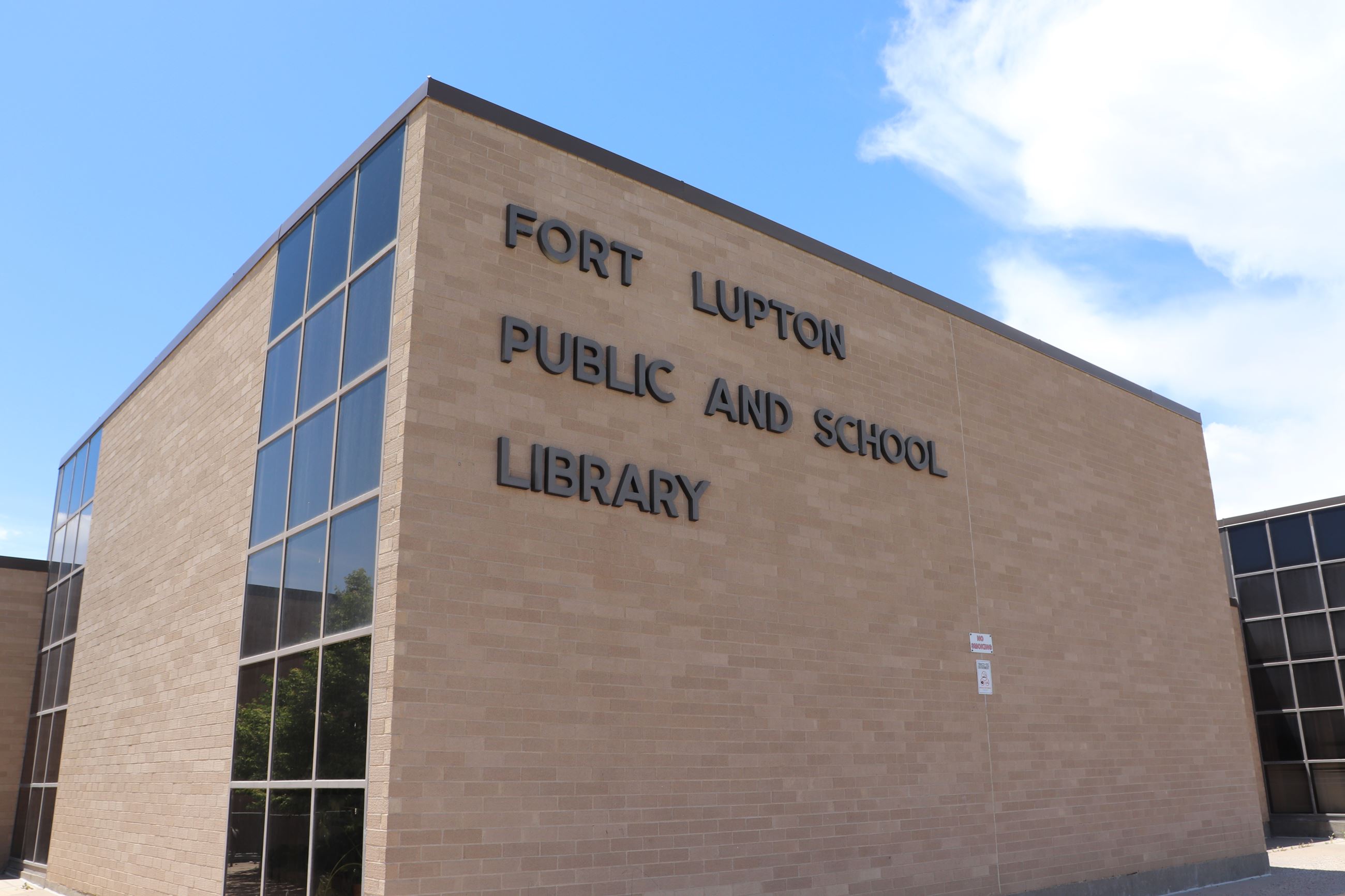 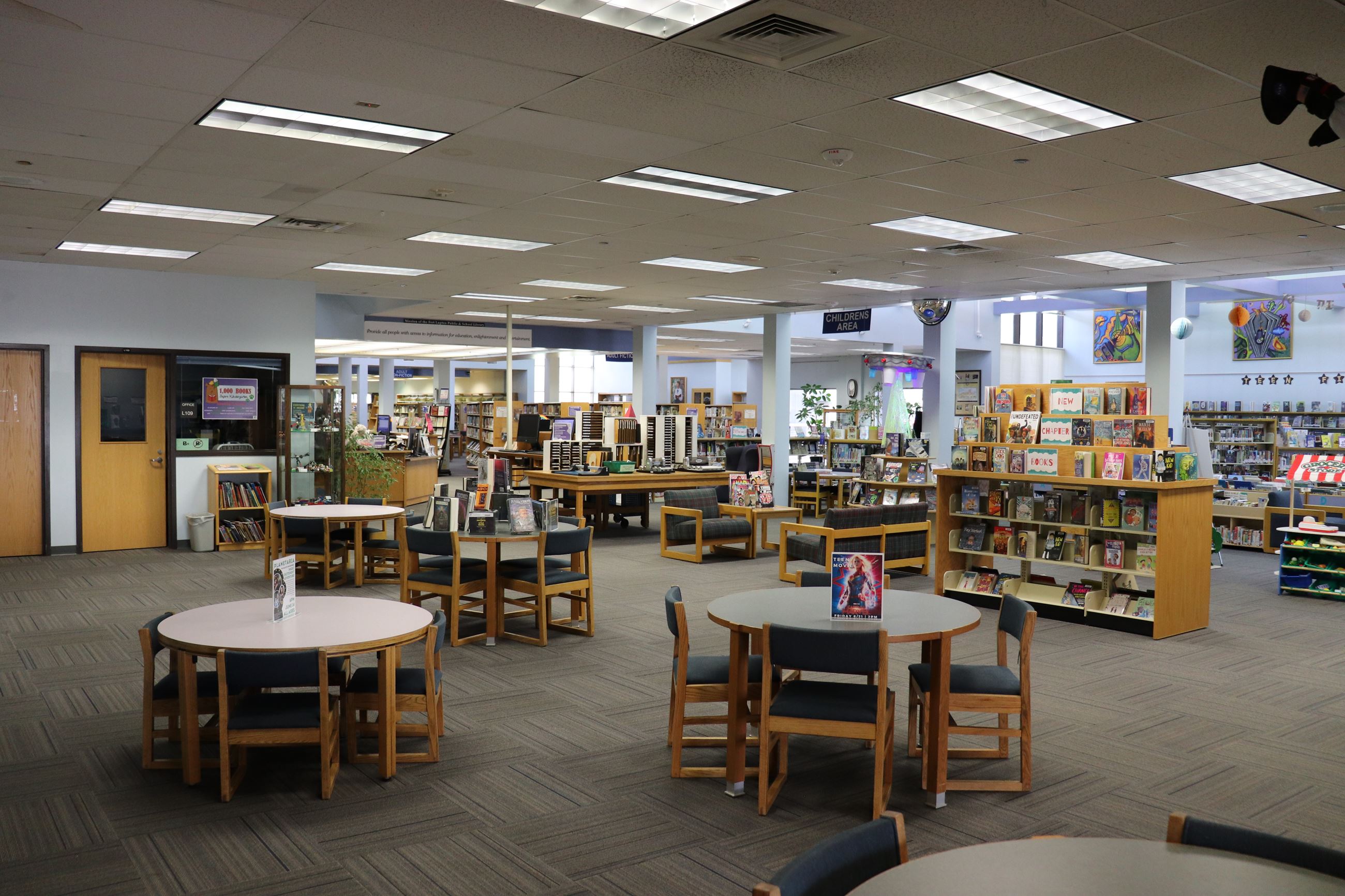 In the basement of a local Methodist church, our library began on May 31,1921 thanks to a local women’s social group, The Thursday Afternoon Club. From the church we moved with 132 books to the waiting room of Dr. Wallace A. Lee, DDS who was located on the second floor of the old bank building. September 1921 saw the hiring of Mrs. Bartholamue as our part-time librarian. The following summer we moved into a local hall and turned the Library Association property over to the Town of Fort Lupton to sustain us long term. Mrs. Bartholamue continued to work part-time in the library until March 1923, when Miss Norma Hardenburg was hired. She remained our librarian until 1947.

In 1929 the Fort Lupton Library was built at 453 1st St, (on the corner of First and McKinley) for $13,314 dollars. The Town Board gave our Library Board $1,000 dollars to purchase 2.5 lots of land on which to build. We were able to lease the main floor and a portion of the basement to the school district for two years. This situation provided us an opportunity to completely pay off construction costs. Circulation peaked in 1935 with 11,179 total books borrowed. In May 1936, we partnered with the Weld County Library paying $10 dollars for the use of 100 books. Summer 1937 saw the beginning of our weekly children’s story hour when twelve children attended to hear Heidi.

We joined the State Library Association and Weld County Library System in 1961. In August 1975 the School Board approved a merger and later the City Council voted favorably pending the acceptance of an agreement between the city and the school of a combined school and public library. This created the Fort Lupton Public and School Library Advisory Board (FLPSLAC). Eleven years later, in 1986 we became an establishing member of the Weld Library District, which is now known as the High Plains Library District. At this time, the mil levy to support the library district was passed and it became possible for patrons to borrow books from the other public libraries through an integrated approach and the use of a courier.

Acting on the community’s need for additional resources, we opened our doors to the new $1.2 million-dollar library expansion attached to the high school in December 1993. 16,000 square feet allowed us to offer a significantly larger collection of materials as well as additional space to offer a greater number of programs. In 1999 the voters passed an increase of the library’s mil levy from 1.4 to 3.2 mils. In 2019, we had over 80,000 visits, answered over 4,000 reference questions and offered over 440 programs for all ages. The Fort Lupton Public and School Library has become a community hub, offering a safe space for people to access information for education, enlightenment and entertainment.