The museum not only holds many historical artifacts – IT IS ONE!  The building started life in 1929 as the Fort Lupton Library, open to the public and the High School, which was located next door. (picture shows high school and library, c1930) 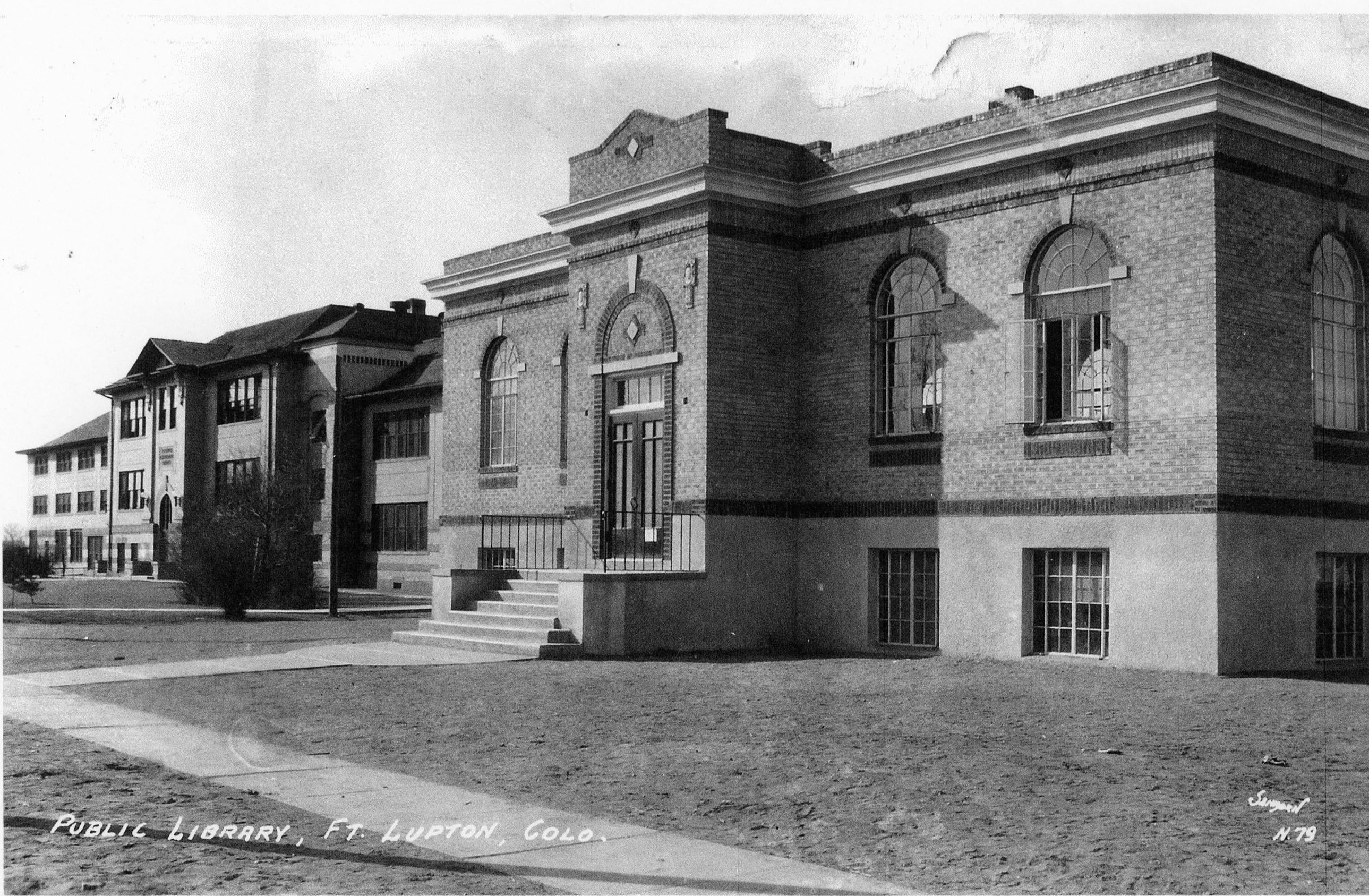 The present High school was built in 1976 with a library attached, the old school was demolished and the library building stood empty. Over the years, a Sheriff’s sub-station had its home here along with a license bureau, Boy Scouts meeting place, the Senior Center, the Recreation Center, the Red Cross Relief Committee. Dance classes and Sunday school classes took place here too!

The Fort Lupton City Museum was established in the early 1990s and has steadily grown its collection of local history, High School Year Books, local newspapers etc. The Ralph Haynes Collection of arrowheads and other ancient artefacts are on display; visitors can read about the early canning factory, famous for canning the best tomatoes (and other vegetables) in the state. (Billboard pic from 1955 FL Press)  Learn about domestic life in our 1950s Domestic Corner …………… there’s much more to learn about Fort Lupton and the people who made it such a great city. 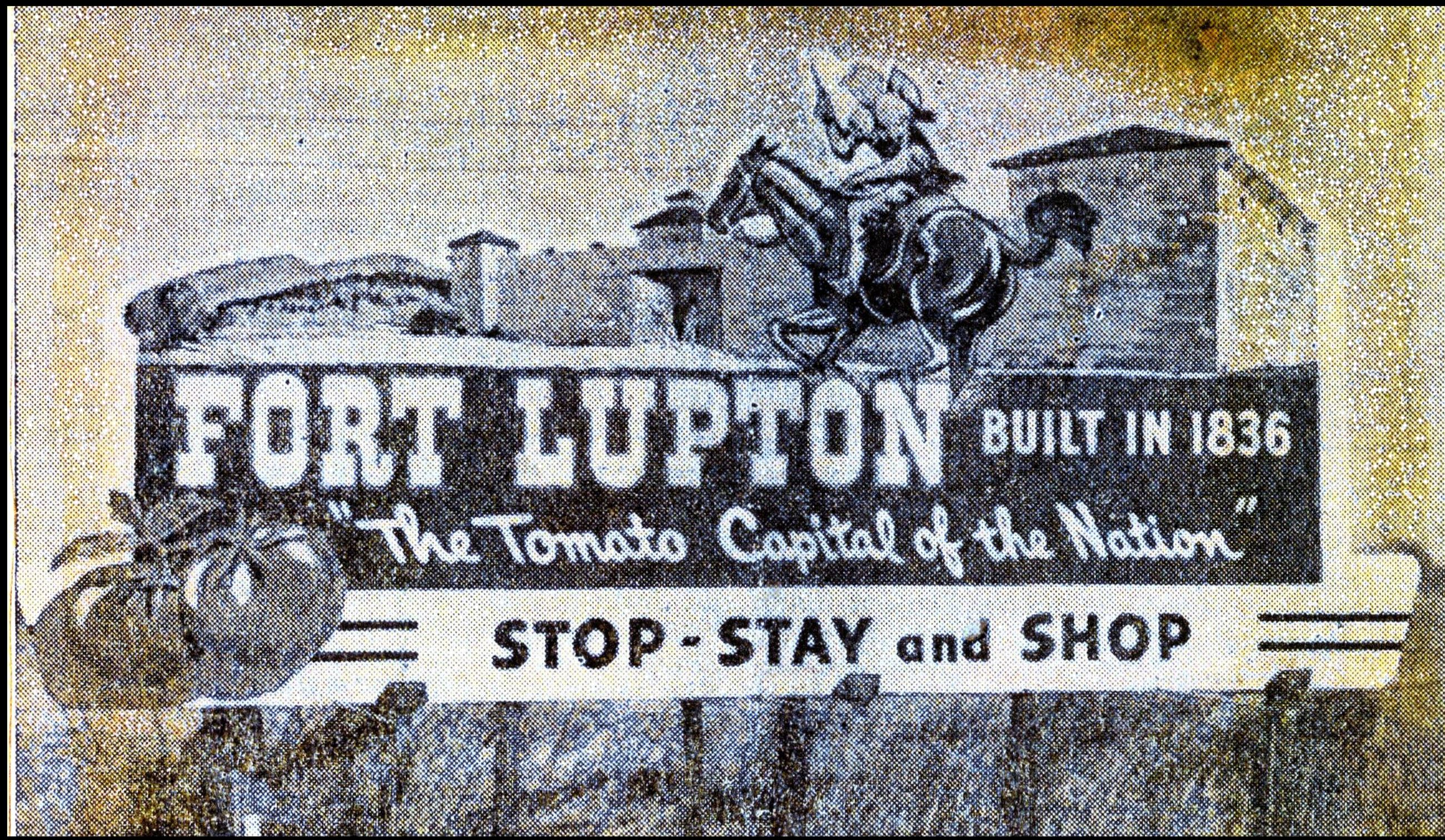 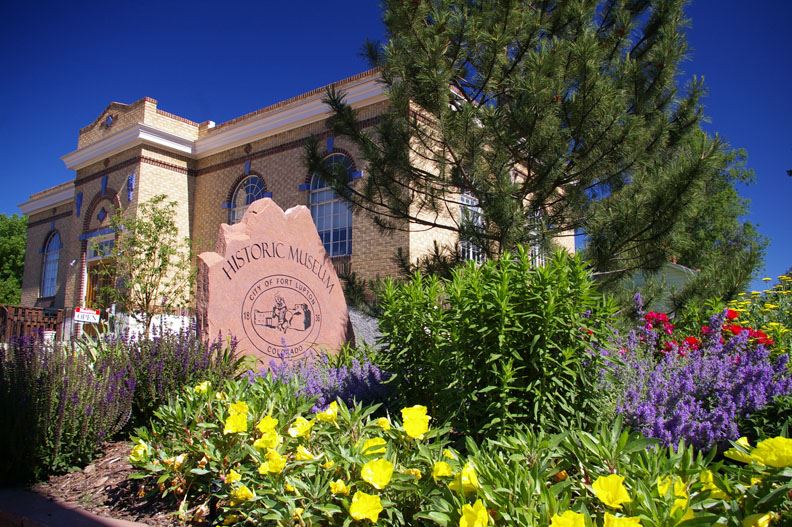 It is the mission of the Fort Lupton City Museum to protect, promote, and preserve historical artifacts, data, public records, and teaching materials that pertain to Fort Lupton's heritage and history of our surrounding area. Also to facilitate the education and enrichment of the lives of our citizens, their families, and visitors, through interpretive, interactive exhibits, displays, and activities.

History is an important piece of our city. The Fort Lupton City Museum’s collection includes extensive archives of family histories, cemetery records, business documents, and photos dating as far back as the 1800s.

For many years residents and members of the Fort Lupton and Southern Weld County had expressed their desire to have a museum in Fort Lupton. In the 1950's Ralph Haynes one of the first mail carriers donated his arrowhead collection, to the City of Fort Lupton, to start a museum, it was put on display in the public library. In September of 1982 a room at newly built City Hall became the city's museum, providing space for the Haynes, arrowhead collection, as well as, many other artifacts.

In 1993 the city needed more office space and the Fort Lupton Museum Committee headed by town historian Nancy Penfold, had received and collected more items than one room could hold. It was decided that the lovely, old historic, library building across the street from City Hall would become the new Fort Lupton City Museum. The 1929 Carnegie style Library now Museum building was given historical designation in 1996.

The old public library was built in 1929 by architect John J. Huddart. Mr. Huddart had built numerous prominent structures in Denver and throughout Colorado. The Fort Lupton City Museum building was one of his last works, before he passed away in 1930 at the age of 74. The library was consolidated with the high school library at 421 S. Denver Avenue in 1976.